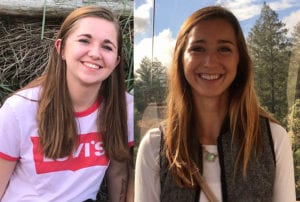 After being passed and signed into law, mental health services on college campuses in Illinois are one step closer to being implemented thanks to the Mental Health Early Action on Campus Act. Now it’s up to Governor J.B. Pritzker to fully fund the program. This bill will accomplish a few things but first and foremost it will help connect students on college campuses with mental health services.

As graduate students studying to become counselors, we understand the importance of supporting young adult mental health. Through our internship at Young Invincibles, we’ve gotten an even better idea of the critical role that college campuses play in this effort. The implementation of this bill has the potential to save lives, improve college retention rates, and positively impact families and communities across Illinois.

According to the National Institute of Mental Health young adults aged between 18-25 years old have the highest prevalence of any mental illness (AMI) than any other age group. In addition to the prevalence of AMIs, suicide is the second leading cause of death for young adults between the ages of 10-34 years old. What happens if a young adult is struggling on campus? Where do they turn? What happens if a friend is opening up about their struggle and suicidal thoughts?

Meanwhile, 67 percent of campus counseling center directors throughout the nation report that their campus psychiatric service capacity doesn’t meet students’ demands. If this bill is implemented, how will it help our young adults in the future?

There is a huge need for more resources that are easily accessible for these different types of situations. Some of these resources include online screening tools to raise awareness, empowering students through peer-to-peer support, training campus staff on mental health, and reducing administrative policies that create undue burdens for students seeking leave for mental health conditions. These and more resources will be readily accessible for all two-year and four-year colleges throughout all of Illinois if the Mental Health Action on Campus act is fully implemented.

For students like Connor, a 24-year-old student at the College of DuPage, this is a deeply personal issue. Connor serves on the Speakers Bureau of NAMI DuPage where he shares his story with others in DuPage county who are struggling with mental health. Over the years he has struggled with ADHD, Depression, Anxiety, Bipolar Disorder, and addiction. He was diagnosed with ADHD and started having anxiety with high expectations at home around academics. To cope with his anxiety and pressures of academics he turned to amphetamines.

After graduating from high school, Connor attended Hope College in Michigan. During this time, the amphetamines were taking over and he felt like a king. Now, reflecting back on his first semester he knows that he was in a manic state. Later, Connor was diagnosed with Bipolar Disorder. He didn’t do well academically in his first year and ended up moving home. Shortly after being home the drug abuse became clear to his family. He was in and out of rehabilitation treatment centers until his parents kicked him out. During the next few years, he was crashing on couches, sleeping on benches or in his car, and trying to get through. He hit rock bottom when he was under the influence of drugs and alcohol and wanted to end it. He drove his car into a tree.

When he woke up, he was in his home and realized he needed help. He went to an intensive inpatient center where he was only allowed one 10 minute phone call per week. He was able to find the structure he needed that he still upholds to this day. He continues to meet with a therapist once a week along with attending a support group for substance abuse.

Connor feels there were two big issues: acceptance of what he was dealing with and not having the education or support of the people around him. If some of his friends, family, or staff at the university were trained in what to look for, what would Connor’s first year of college look like? If there was a way for a mental health conversation to get started, would he have felt more comfortable talking to someone within that first year? His answer: it would have made a difference. This is what the Mental Health Early Action on Campus Act is trying to do; make a difference by starting the conversation or having people see signs and ask if the person is okay.

Connor is now an honor roll student at the College of DuPage who loves speaking about his mental health journey and wants to help others be able to openly discuss mental health concerns without being scared of the stigma. Campuses need additional resources and guidance on how to address this growing problem with young adults. The Mental Health Early Action on Campus Act provides a framework and a first step in investing in young adults’ mental health. Fully funding this bill would change the lives of college students like Connor.

Both Jordyn Klingbeil and Shannon Spethman are currently students at Adler University working towards obtaining a Master’s of Couple and Family Therapy. They are currently interning at Young Invincibles to gain more knowledge about how to create space for young people within the government and implement the change they wish to see.