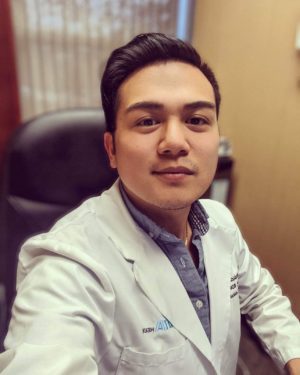 No one plans on getting sick. But we also have yet to determine what will happen in the future. It is undeniable that the costs of health care are expensive. Therefore, the right education regarding health care is key to avoiding and preventing financial burdens.

However, people are still feeling the effects of the COVID19 Pandemic and the continued rising costs of everyday life.

Access to health care is an integral part of the welfare of everyone in the United States. In the past, barriers to obtaining insurance resulted mainly from (but not limited to) people’s socio-economic status, lack of trust in the health care system, lack of interest and motivation regarding preventative care, communication, cost, and stigma.

What is health insurance and coverage? In a broader sense, health insurance allows a person to finance one’s health care expenses. It allows one to access medical and preventative care while protecting them from unexpected and potentially high costs. Health insurance is commonly obtained through an employment-based program; direct purchase from the Marketplace (e.g., Healthcare.gov); Veterans Affairs benefits; or public coverage through Medicare and or Medicaid.

One of the most common health care events is an emergency room trip. A broken bone, a ruptured appendix, severe pain of unknown origin, uncontrolled fevers – one would think this would warrant a visit to the E.R., yes? After all, a trip to the E.R. could potentially spell life and death.

Hospital Pricing Specialists released data in 2020 which were collected from hospitals across the U.S. to provide an average cost per state and D.C. Information was collected for cases that were categorized as moderate – severe. The price tag included room fees, lab/radiology charges, medication charges, if applicable, and facility charges. The charges released were prior to insurance involvement. Costs could potentially go up if a person requires additional care, like surgery, or an inpatient stay. The data showed the substantial cost of health care services associated with accessing any type of care. It’s clear, health insurance makes a world of difference. (https://www.cbsnews.com/pictures/emergency-room-visit-cost-most-expensive-states/52/)

On March 23, 2010, the Affordable Care Act was signed into law by former President Barack Obama, which paved the way to provide access to millions of Americans who previously were unable to obtain, let alone afford, insurance. This new law, combined with the Healthcare and Education Reconciliation Act of 2010 (which was released seven days after the ACA was signed), sought to overhaul and increase the budgets and availability of insurance for lower-income people.

Despite the numerous oppositions from its inception and implementation, the advent of the ACA has shown a sharp decrease in uninsured individuals.

According to data released by the Statista Research Development team on August 29, 2022 “In 2021, around 30 million people in the United States had no health insurance. The share of Americans without health insurance saw a steady increase from 2015 to 2019 before declining from 2020 to 2021. Factors like the implementation of Medicaid expansion in additional states and growth in private health insurance coverage led to the decline in the uninsured population, despite the economic challenges due to the Pandemic in 2020.” On March 11, 2021, President Biden signed the American Rescue Plan, which allocated a budget to further improve access through the ACA website and lower the premiums for plans obtained through the site. It also provided expanded financial assistance programs for more people. This further bolstered applications for health plans across the U.S., especially for lower-income Americans. (https://www.illinois.gov/news/press-release.23101.html)

Further data obtained from the Census.gov website showed that “More people were insured in 2021 than in 2020. Overall, many demographic groups saw that their uninsured rate was on the decline since 2020, this was driven in part by an increase in public health coverage rates.”

Insurance can be obtained through the state or federal level if one cannot get it through their employer – primarily through the Healthcare.gov website. Some states provide their own insurance and have their own website and marketplace.

Since 2010, Americans have been provided access to more and better health care than ever. Health care should be available to all and shouldn’t be a burden or difficult to obtain. We’ve seen that health insurance makes a world of difference. Sign up; your life may depend on it.

Kevin Eway is a hospital nurse in Chicago, IL. He is passionate about access to equitable health care.