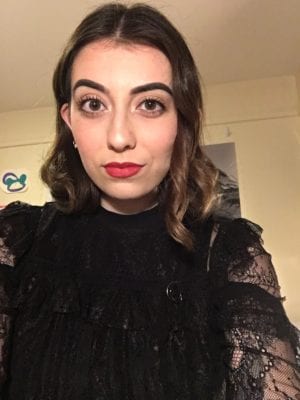 In late February, I was accepted into the University of Oxford. Half asleep in my dorm room bed, I was filled with shock and excitement as I read the congratulatory email. After two years of determination and hard work to maintain my grade point average, I had made my dreams a reality. Receiving an acceptance into one of the most prestigious universities in the world was validation that my work—my diligence, focus, the extra class I took in my junior year—had paid off. I was ecstatic, proud, and eager to begin my time at Oxford.

Six weeks before my departure for the UK, I met my college’s Director of Counseling and Psychological Services for the first time; I didn’t even know her name until she emailed me. A meeting was in order to discuss the support I would need while abroad. Just two months after my acceptance into Oxford, my mental health took a rapid decline, despite years of symptom management for what I thought was depression. I was diagnosed with Borderline Personality Disorder, and had to completely rework my treatment methods, a process which required just as much hard work as maintaining my academic standing.

My new diagnosis landed me in an intensive treatment program for the majority of the summer, in which my medication was stabilized and I learned mechanisms to manage my illness. After these months of preparation, I told the director that, despite my recent instability, I felt confident to begin my time abroad. Following a few seconds of silence, she told me that she was very unsure as to whether I was fit to attend the program, and that she would be holding her sign off until she did a thorough check-in with my psychiatric providers. Unless I received her approval, I would not be allowed to fill my seat at Oxford. I was again overwhelmed with shock, this time dreadful rather than celebratory.

This is an example of the unfortunate stigma surrounding mental illness, particularly of Borderline Personality Disorder. While it is a manageable condition, BPD is notorious for its unpredictability, and is most commonly diagnosed among young women on the cusp of adulthood. There are a variety of symptoms, ranging from unstable interpersonal relationships to suicidal tendencies. Being that these symptoms often mimic those of mood disorders, it was not an uncommon occurrence for me to be misdiagnosed with depression.

However, unlike mood disorders, there is no medication specifically designed for BPD. Prescribing medication is largely a guessing game, requiring much time, trial, and error. My own desk drawers have become a pseudo-pharmacy, with half-full pill bottles of medications that didn’t make the cut. Because of its inconsistency, many mental health professionals approach BPD as a time bomb, having no idea how and when symptoms will manifest. Some providers even refuse to treat Borderlines altogether, reluctant to take on the challenge of an illness without a clear-cut solution. It is no surprise that this hesitancy would extend to the college mental health administrators.

Rather than accommodating me, the Director treated my illness as a liability. She did not take the steps to understand me as a holistic individual, but instead saw the red flag of my diagnosis and resolved to take the “safe route” by barring me from the program altogether. Without proper familiarity, those not only with BPD but with any serious mental illness are often not afforded the same opportunities as their neurotypical counterparts, even when they are able to keep their symptoms at bay.

I realized then that perhaps she had never been introduced to the concept that someone could be at the same time mentally ill and successful. I was being matched to words on paper because this was the only resource for understanding to which the Director had access, despite her status as a licensed social worker. It was only after weeks of advocacy from both myself and my treatment providers that I was able to convince the Director that I was more than words on paper. I was, perhaps reluctantly, medically signed off to attend the program. While abroad, I was determined to prove myself capable of achievement and success.

While I still fear the possible barriers of publicly claiming BPD, I know that my story serves as proof that students with mental illness are capable of rigorous challenges with the proper accommodations and support. As we grow more accepting of the reality of mental illness, we must elevate voices at an individual level. We must listen to the firsthand accounts of those who have a mental illness, to hear what they see as barriers to success, and help them to break down those barriers. By taking intentional steps towards inclusion, we can help weaken the stigma of mental illness as an inhibitor to opportunity.

Mental illness must be viewed not only as a serious affliction, but also as a component that many people are able to live with and manage throughout their lives. This can only be made possible if those in power–like elected officials and campus administrators–provide proper resources to success, rather than pose as barriers to opportunity. With proper accommodation, individuals with mental illness may be just as successful as anyone else. I’m living proof of that.

Alison Ferrante received her BA from Sarah Lawrence in 2019. She currently lives in New York and will begin law school in the Fall of 2020 to study Public Interest Law.