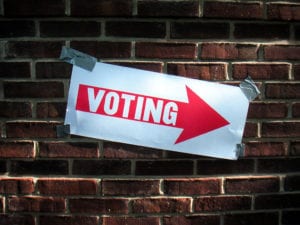 Last week, the Washington Post ran an article suggesting young voters will not have a major impact on the upcoming midterm elections. This was based on an analysis of voter registration data that separated people who registered to vote in key states since the Parkland shooting, and found that people ages 18 to 29 registered at the same rate as before the Parkland tragedy.

I help lead a coalition called Students Learn Students Vote that works primarily with campus leaders and faculty members to ensure students have the resources and knowledge they need to vote – many for the first time ever. As someone who works every day to help students make their voice heard at the ballot box, and someone follows the rapidly-changing (and often conflicting) polling data that is constantly being released, I was surprised by the misguided interpretation of the data.

I was surprised because while this data was being used to conclude that young people won’t have an impact, it simply doesn’t reflect what we know about young voters. Deciding that young people’s power is limited and their turnout will be disappointing this early in the election would be like calling a soccer match at halftime, or folding your poker hand before the cards are dealt.

This data doesn’t take into account historical trends for when young people typically register before an election. While this analysis uses registration data through June of this year and only through April for some states, we know that young people tend to register much closer to Election Day.

Data from the National Study of Learning, Voting, and Engagement shows that college student registration rates increase dramatically closer to an election, particularly from August through early November. Further, the Center for Information & Research on Civic Learning and Engagement consistently finds that young adults in states with same-day registration have higher turnout rates than states that do not. This makes sense when you consider that many young people wait until they get to school to register and likely must change addresses to attend a college or university.

That’s why we’re organizing a Campus Takeover of National Voter Registration Day, where on September 25 hundreds of campuses will hold events on their campuses to educate students, help ensure they are registered to vote, and ensure they know where they can cast their ballot.

The Campus Takeover of National Voter Registration Day is just one example of the work that colleges and universities are doing to expand efforts to help as many students as possible register to vote. I have seen hundreds of colleges nationwide adopt new strategies to engage students as voters. For instance, Northwestern University has registered 95 percent of their eligible student voters through integrating voter registration into their campus orientation process.

To decide that young adults won’t impact elections this year overlooks the important work being done by students, by high schools, by colleges and universities, and by many others working to ensure young adults are ready to vote this fall. Virtually every movement across the country – Black Lives Matter, March for Our Lives, or #MeToo – are being driven in no small party by the passion and dedication of young people across the country. Ignoring the trends we’re seeing while misinterpreting the limited data we have does a disservice to the millions of new voters who will cast their ballot this November.

Plans are in place to activate young voters all across the country and now is the time to start paying more attention, not to write off the potential impact of young adults.