In 2009, five law students sitting in a school cafeteria were tremendously frustrated by the heated debates around the health care reform bill – many politicians were using young people as a talking point (misguided, FYI) for why the Affordable Care Act would never work.

This spirit has fueled Young Invincibles ever since. Over the past ten years, we’ve grown this small group of five students into a national organization with five regional offices and one in Washington, D.C. — with more than 35 amazing staff who are passionate about ensuring every young adult has a voice and a place in the political conversation. Together, we have developed and fought for policies that expand access to health care, higher education, and work-based learning programs. In fact, we’ve led some of the most critical research and policy change efforts to expand economic opportunity for young people across the country. 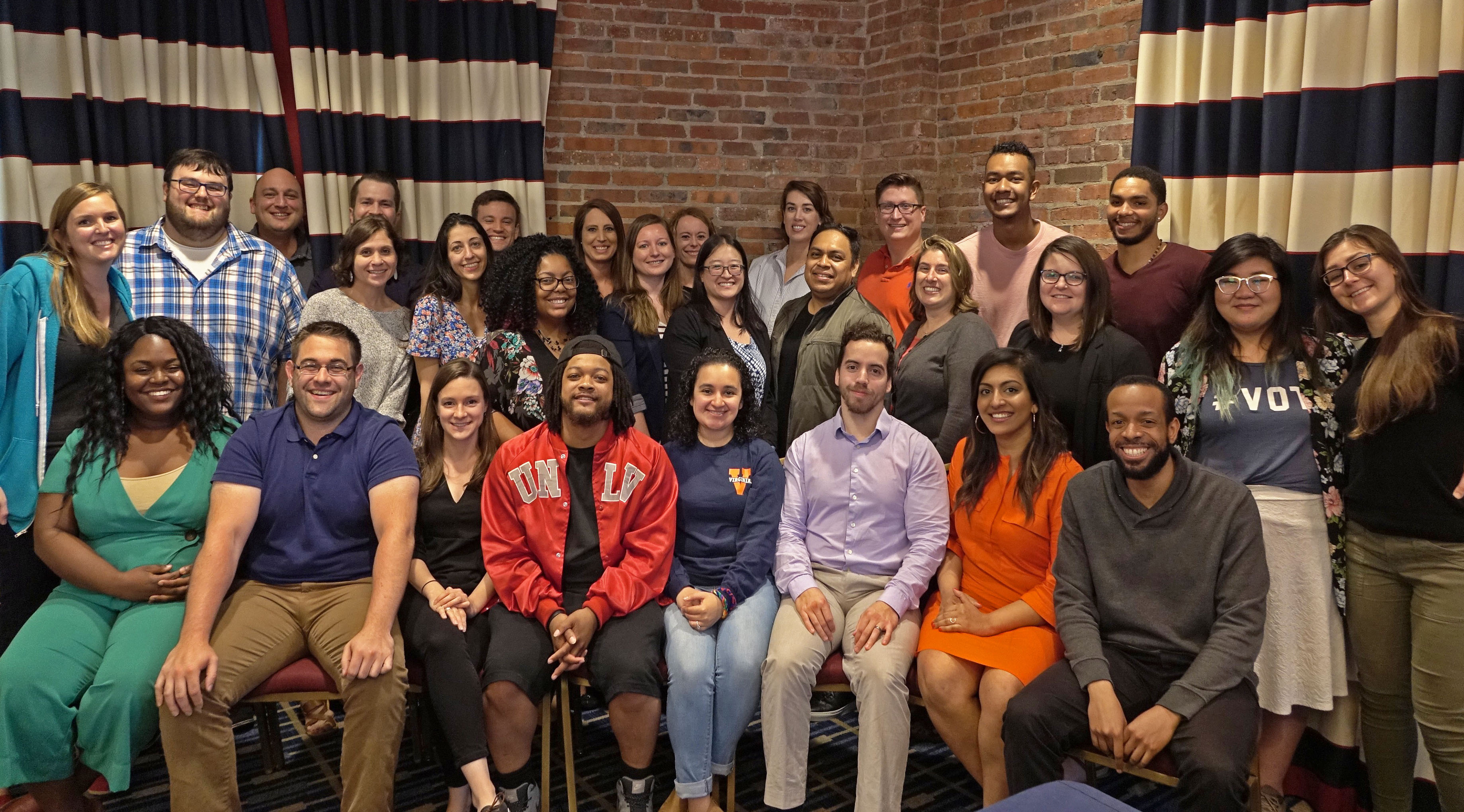 YI’s Financial Health of Young America is a seminal report on economic opportunity for Millennials – a generation that came of age during one of the greatest economic downturns in our nation’s history – and the unique financial hardships facing this generation. When it was released in 2017, this report garnered national media attention and launched conversations about how young people today can secure an economic foothold and build a financially stable future for themselves.

Through our research and our work with young people across the country, we understand that economic mobility isn’t possible without quality health care — so we worked to implement strong consumer protections for health insurance plans for millions of college students and have helped to significantly reduce the uninsured rate among young adults since the signing of the ACA.

We also understand that a college degree is still one of the most important ways to ensure long-term economic security for young people, so we’ve fought tirelessly to protect funding for the federal Pell grant and other need-based aid programs and increase support services to help today’s students finish their higher education journey completion – including mental health care services and child care. And we continue to push for policies that ensure undocumented students can access in-state tuition.

Economic mobility doesn’t start and end with higher education itself – so we have advocated for federal and state policies that create pathways to financial security for young adults, including accessible skills and job training. Through reports and legislation, we are helping states build a foundation for apprenticeship programs that work for everyone – are critical in paving the way to economically secure jobs for young people.

And, of course, YI understands that changing policy can’t start and end with legislative advocacy.  It must include voting (and vice versa). After all, policies are made by policymakers (aka elected officials). So, in 2016, we founded the Students Learn Students Vote Coalition (SLSV), a non-partisan coalition of organizations dedicated to finding and scaling data-driven approaches to improving democratic engagement among college students. The coalition includes more than 350 partners reaching over 1,000 colleges and universities in all 50 states working together to make voting and political participation a way of life on campuses nationwide.

Our work is making a difference. Over the last ten years, the unemployment rate among 25-34-year-olds has decreased from 10% in 2009 to 4.2% last year. The percent of people who do not have health insurance has been cut in half – 29% in 2009 to 15% in recent years. Nearly 1 million more people are earning degrees, and are in a better position for long-term success. And all of these gains on behalf of young people are happening against the backdrop of more and more of them turning out at the polls (31% of 18-29-year-old voters – the highest level of participation among youth in the past quarter century!!) – and even winning elections. In fact, the 2018 midterm elections saw a significant boost in the number of Millennials in the House of Representatives.

It’s important to celebrate progress when we can – yet, there’s still so much work to be done. Nationally, the total student debt is now more than $1.5 trillion – more than double what it was in 2009 – as state investment in higher education has decreased by $1,000 per student. And wages have stagnated. When adjusted for inflation, young people are making the same amount of money now as they did ten years ago – $807 a week.

The good news is that – thanks to the depth and breadth of the young people who participate in YI’s leadership development programs across the country (check out our Youth Advisory Boards), we have the best experts informing our work as we launch into our next decade. 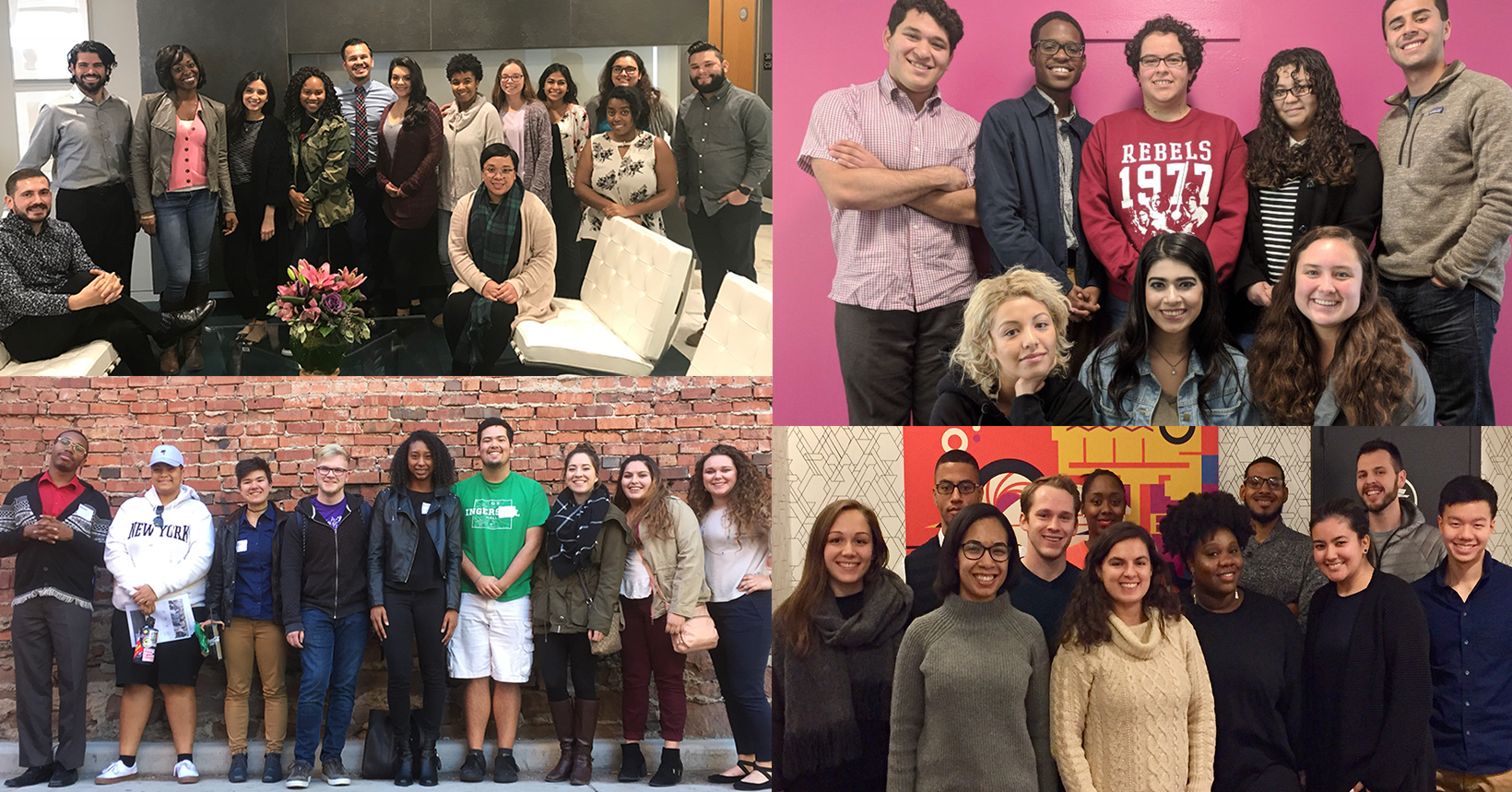 We have folks like Shannon Jones from California, who is helping Governor Newsom understand what young people need from the state’s health care system and Joy Brown from Illinois, who shared her story of student debt to elevate the huge need for policy change. There’s also Marjorie Gonzalez from Texas, who is in the Medicaid coverage gap and has used her voice and platform at rallies, state houses, and other public venues to push her state to expand Medicaid. And Morchea Canonge in Los Angeles who advocates for other student-parents like herself so they too can get affordable on-campus child care as she did.

It’s these leaders, and the YI staff working with them, that are the changemakers of today and tomorrow. I’m so proud to be working alongside them – at an organization that believes at our core that every young person has the power to make change – and is committed to making sure every young person has an opportunity to do just that.

It’s only together that we will be invincible.

If you’re in the DC area, I hope you’ll join us at our 10th Anniversary Celebration on Tuesday, June 11 at the Pearl Street Warehouse. We’re thrilled to have House Speaker Nancy Pelosi and Representative Raja Krishnamoorthi joining us! You’ll also hear from some of the young adults who have been a part of YI through the years. Buy your tickets today!