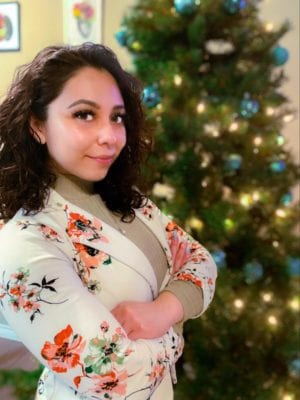 I used to think that I never had a compelling story. I grew up in a middle-class, blue-collar home. I had good grades and graduated from college. What I didn’t know was that my story had no exciting or thrilling part to it because of my parent’s story.

My parents grew up in a poor neighborhood, did not finish high school, and did not go to college. They gave up their lives, and when I mean lives, I mean their thoughts of having their own future. All their hard work was for their children to have a chance at a better future.

The risk of following the American dream was their life. My uncle and father left their land and came across the border on foot to pursue happiness. At a young age, my father stayed at several homeless shelters until he caught a break and was able to find a job. Fast forward ten years, my father now had owned his second home and was now a citizen. Fast forward ten more years, and now he had two children with bachelor’s degrees and a daughter finishing middle school. My father would’ve never been able to own a home and have a better life for his family if it wasn’t for his bravery and sacrifice of risking his own life for his future generations to come.

My mother was nine months old when she was given to a family to cross the border, while my grandparents left on foot and met with my mother on the other side. My mother worked hard to make sure my brother and sister, and I had everything we needed, like a backpack for school. A backpack in my family is a privilege because she grew up with a plastic bag as her backpack.

My story is making sure my parent’s sacrifices were worth it. As a child of immigrants, I can now pursue my Masters Degree. As a child of immigrants, I can now fight for those who cannot fight for themselves because of the discrimination and fear of either being found undocumented or not knowing where to go and who to trust because of the cultural and language barriers. There are millions of undocumented citizens in this country. Reframing our immigration policies that allow people to apply for visas and citizenship without so many restrictions allows our country to become more innovative, community-based, and build a strong economy.

If there were not so many restrictions on the borders between the US and our neighboring countries, we could open the door for so many people to have a better life without sacrificing their own lives. Expanding immigration benefits the economy by giving immigrants a chance to contribute to innovation and dynamism. Immigrants compete with others that were born here, and everyone can bring new ideas and skills and broaden the talent pool for employers. America was and still is a melting pot. It is time to welcome people into this country.

Marisa Beltran is from Pueblo, Colorado. She is currently applying to pursue her Masters Degree while working for Young Invincibles; a case assistant for the Alternate Defense Counsel of CO, and Servicios De La Raza. She is a Mexican-American woman excavating paths for people.