“Great ideas don’t begin at a specific age and we shouldn’t treat young people as if we have nothing important to say. We’re here to improve what has already worked, not break it down. If young people were to be ignored during political processes, we would all be stuck in ways of how things worked before and not how they’ve changed or are going to change in the future. We see and are a part of that future, and we will make sure we’re ready for it – one way or another.” — Destynee Martinez, a student in Denver, Colorado

“I believe that young people should be a part of the political process because descriptive representation is vital in the political process. As a young black woman who studied political science during my undergraduate career, I feel that our political system does not accurately reflect different identities or viewpoints. Young people like myself have the capacity to shift the political structures in the status quo, but we are not afforded the opportunity, especially if we come from a marginalized background. Young people have the power to shape the future, we just need the opportunity to do so.” — Feven Yohannes, an alumna at the University of Colorado and resident of Denver, Colorado 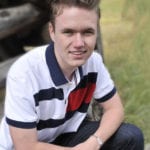 “Young people are the future. Just as we spend our youth preparing for our future careers in adulthood, we should spend our young adult years preparing society for our future. We cannot be expected to run a society in the future if we don’t get a say in that future now.” — Adam Peterson, a Young Advocate with Young Invincibles from Aruadam, Colorado 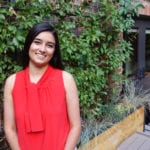 “Young people should be a part of the political process because the issues we’re dealing with are systemic. There is a systemic flaw in the way we deal with college affordability and accessibility in Colorado. The way our generation is approaching college and its relevance is fundamentally different than any of the previous generations. One way to address our current issues is by supporting future generations of students and having them be part of the solution. We need young people at the forefront. Young people should be able to speak out and have people listen to what they have to say. We need young people involved in the political process so our systems can adapt to the current needs of our generation, and not leave the future generations stranded like past generations did to us.” — Allisha Khanna, an Integrative Physiology and Sociology student at the University of Colorado, Boulder. 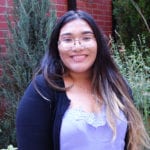 “Young people should be a part of the political process because we are one of the least represented populations, which may give lawmakers a reason to not care about our needs. The reality is that we are America’s future. The more that we are informed and involved, the better the outcome will be for everyone. Also, young people bring more perspectives that are less corrupt and we need that right now.” — Sharai Conde, a Young Advocate with Young Invincibles

“Youth involvement is critical to the continuous efforts of policy reform. Laws must always evolve to adapt to technological advancements, shifts in cultural norms, and generational priorities. For example, what may be a priority for the Baby Boomer generation may not be for Gen Z. Older politicians will not be able to adequately serve their younger constituents without youth voices at the polls, in their offices, on the streets, and on the Floor. Youth civic engagement has multiple benefits — when young people are involved in the political process to find solutions to their community’s problems, they are able to learn new skills and grow as individuals. Most importantly, having young people civically involved empowers them and helps them understand the power they have to instigate change. Above all, youth involvement breeds youth success.” — D.V., a student at the University of Colorado