With the 2020 presidential campaign in full swing and the field of presidential hopefuls narrowing, we wanted to take pulse check and hear what young people are watching for during the Democratic primary debates. The latest Democratic primary debate takes place today in Houston, Texas, where we asked young people what they want to see candidates discuss. Here are some of their answers: 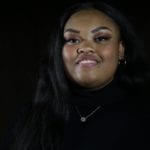 “There is a lot that these candidates are gonna have to cover in order to secure a vote for the 2020 election. Some of the issues that are very important are student loan debt eradication, climate change mitigation, reproductive rights, gun control, and the protection and funding for historically black colleges and universities. These items have been hot-button topics before, however, in this day and age voters are looking for solutions and answers, not just acknowledgment. I want to know which candidate can solve these problems and be effective enough to put these issues into policy.” — Ashley Pleas, a Texas Southern University student 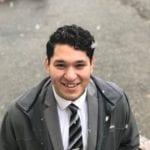 “2020 will bring many potential changes, particularly for immigrants, refugees, and DREAMers.  I have lived in the United States for over 15 years and will soon be a first-generation college graduate. As a fellow DACA recipient, can I count on your support for a comprehensive immigration reform that provides a pathway to citizenship for DREAMers?” — Josue Rodriguez, a senior at the University of St. Thomas 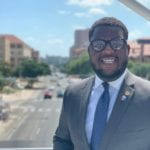 “It is paramount that racial equity is the core of the next debates. At the conclusion of this administration (hopefully 2020), we will have experienced 4 years of what some would argue is the most divisive administration of this century. We learned that at least two of the mass shootings that took place in August alone were racially motivated and stems from the reckless racist rhetoric of our current administration. Each candidate much presents a nationwide action plan addressing race relations in America that is fair, equitable, and inclusive.” — Greg Norwood, Student Government Association President of Houston Community College – Central 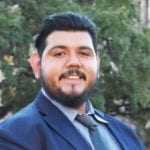 “One of the major things affecting people these days is mental health. The importance of having access to mental health is the same as going to a physician for a physical. We need to hear from candidates about the action that should be implemented in order to really push for mental health care. I believe that catching this issue early on in a person’s life can have positive effects not only for the individual and young people but for our general society as a whole. I really hope candidates are not afraid to bring this to the table and address it.” — Adam Ordaz, a senior at the University of Houston, Downtown 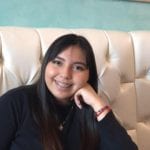 “What’d I’d like to see the most out of this debate season is the talk about immigration reform as it impacts such a growing population in the United States and not to mention it’s very personal to me and my surrounding community. This is an issue that begins to affect human rights, especially with the implementation of ICE detention centers. I believe this should be one of the priorities during the debates since this aspect affects daily lives in all socioeconomic features.” — Priscila Uriegas Barrientos, a freshman at the University of Houston 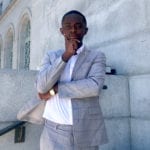 “I’m excited about the presidential debates taking place on my campus. I’m excited to hear every candidate’s standpoint on loan forgiveness and support of HBCUs. As an HBCU student, I believe that these two problems affect HBCU college students the most and with this debate being on an HBCU campus, I would love to see these two issues addressed.” — Tyler Smith, a student leader at Texas Southern University

The debates will be broadcast on ABC, Univision, and available online from 8 to 11 p.m. Eastern, on Thursday, September 12.