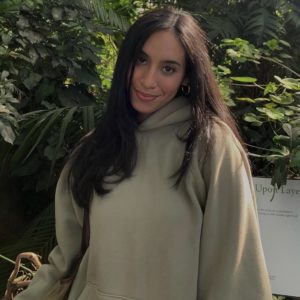 As we know, the COVID-19 pandemic was a battle to survive. Whether it was individuals fighting the virus or fighting the violence of the police, many issues were coming to light. Many believe that policing in the U.S. is a strong, necessary system that cares for the safety of the general public. While that may be true to some, others believe that the policing system only cares for the safety of specific groups. Policing has a history of using their power to target and mistreat people of color. The system has not changed, which has gained attention from the public to address policing.

As of lately, there has been a major increase in violence in New York’s subway systems. New York City’s Mayor Eric Adams addressed this issue as he understands that the pandemic has exacerbated the issue of people dealing with job loss and untreated medical and mental health issues. The individuals facing those hardships have been framed to be dangerous to the public and themselves. Mayor Adam’s plan was to increase police patrols and expand outreach to the mentally ill.

Many New Yorkers, like me, have only seen the increase of police presence in the subways. There is sadly more emphasis on increasing the numbers of the police and leaving all our issues with public safety in the police’s hands rather than having a multidisciplinary approach. Ever since the increase of law enforcement presence, there has been no prevention of some saddening and serious violent crimes. The police presence has not been able to prevent recent tragedies like the recent Brooklyn 36 Street train stop mass shooting, the incident regarding Michelle Go’s passing as she got pushed onto the train tracks, and unfortunately much more.

The severity of these crimes proves that an increased police presence does not serve much change. New York elected officials need to open their eyes and reflect on what other actions need to be done than just simply running to the police to solve the prevalent mental health crisis in New York. New York’s Police Department is funded to a ridiculous and generous amount to where one has to question, “Is it even serving any purpose?” with the amount of violence we are facing.