The 2020 presidential campaign officially kicked off last night with the first set of Democratic primary debates. Ahead of these debates, we asked young people what issues they want to see candidates discuss. We released the first installment of these responses yesterday. Here is the second installment: 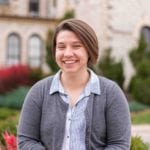 “With 2020 just around the corner, many young Americans will be voting in their first or second presidential election, myself included. Going into the debates, I am very excited to hear each candidate outline their platforms on voting rights and election security. This election will determine the future and integrity of our generation and the ones thereafter, and we cannot afford to be bystanders in our own democracy.”
– Hayley Spellman, 21, Manhattan, Kansas. 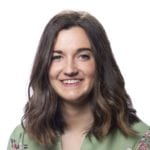 “With all of the talk surrounding the proposal for new, stricter abortion laws and how these laws will directly affect women, particularly minority and low-income women, we have seen various Democratic candidates pledge to fight for women’s rights in regards to these new laws. I would like to hear how candidates plan to address the challenges of single mothers or low-income families who choose to have their child. Women are facing high childcare costs, a lack of affordable housing, budget cuts to programs providing women and infants with food and diapers, etc. In addition to fighting for mothers with the new abortion laws, what will you do to fight for women’s rights for those disadvantaged women who have children?”
– Lexi Awotwi, 26, Atlanta, Georgia 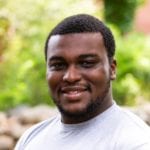 “I am excited for the 2020 Presidential debates. I believe it will showcase great new ideas and identities for the country. The topic I hope is discussed in-depth is prison or criminal justice reform. As a young black man and a prison educator, I see first hand how mass incarceration affects people like me. Things like the war are drugs and the school to prison pipeline have landed many people that look like me In jail on longer than average sentences. I hope to hear comprehensive plans from how candidate on how they will stop these trends. I would also like to hear how they will help create opportunities for recently released individuals.”
– Evan Wayne Malbrough, 21, a student in Atlanta, Georgia 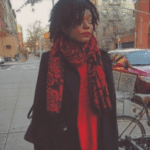 “In this election cycle, I hope that politicians will pay more attention to the broken systems we have in the city. In New York City we have so many organizations that are meant to help us but can’t because of lack of funding or because of the influx of so many people in need. This trickles down to us single adults working, in school trying to make a better life and continue to build this country. If this is the future then it seems we are a means to an end.”
– Sierra Atkins, 21, New York City 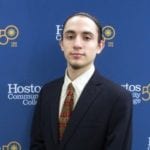 “It has been researched and publicized that there are trends in our government that cause various groups to have certain advantages or disadvantages in our country. The way that various laws and execution of the law interact with each other can cause certain groups of people to either have an unjust advantage over others or face specific major life challenges. The super-wealthy having a personal impact on political matters or mass incarceration of African Americans are examples. I would love to see Presidential candidates look towards the process of dismantling unintended legal paths that cause the government to favor some U.S. citizens over others.”
– Alec Mirabito, 22, public policy student in New York City

The debates will conclude tonight on NBC News, MSNBC and Telemundo, from 9 to 11 p.m. Eastern. Watch along with Young Invincibles using our Debate Bingo card. The first winning card submitted to each of our social media accounts each night will receive a free Young Invincibles t-shirt.