The 2020 presidential campaign will officially kick off tonight with the first set of Democratic primary debates, where 20 presidential hopefuls – over the course of two nights – will look to make an impression amidst a crowded field. As millions of people across the country are expected to tune in and watch these highly-anticipated debates, we asked young people what they want to see candidates discuss. Here are some of their answers: 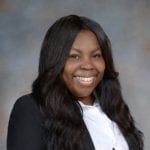 “I want to hear real action plans. I would like to hear clear plans on ways that we can stop having people deciding whether they are going to eat or buy their medication, due to our health care systems. I want to hear about how we are going to tackle student debt, so that young adults who are trying to continue their education for a better chance at a stable career can jump-start their lives, without being weighed down by debt!”
– Deidra Rogers, 23, Miami, Florida 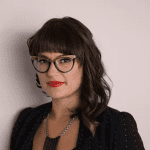 “My life has been dramatically impacted by our expensive higher education system and the lack of protections for student borrowers like me. In addition to loans through public institutions, I incurred a surmountable amount of private debt in order to cover my tuition. In 2007, I graduated with a degree in interior design from a now-defunct for-profit institution. Even though the for-profit institution closed, I still have to pay back those loans. Currently, I’m paying $850 a month combined on public and private loans — instead of saving for my future. I want to hear real plans for how candidates intend to address our student debt problem and make higher education accessible to everyone. What I have learned from my experience is that student debt is a driving force in an entire generation’s narrative and we need our leaders to act, through policy, to resolve it.”
– Hannah Moore, 37, a higher education advocate in California 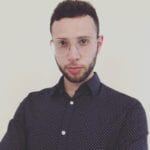 “I want to hear candidates speaking about the elephant in the room, the rise of white nationalism and their plan to combat it. As a minority, we are constantly portrayed as aggressors and leeches but we contribute immensely to the prosperity of this nation. Student debt reform and healthcare will undoubtedly be talked about but I want to also hear what they’re going to do to remedy the polarization within our society.”
– Samer Hassan, 28, a student at Columbia University in New York City 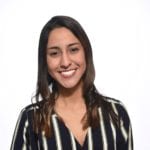 “Sweeping policy changes regarding immigration have, once again, awakened national consciousness. Thousands of immigrants—many of whom represent our families, neighbors, the workers we employ—remain in limbo, plagued with the possibility of deportation. Candidates need to address the current egregious conditions in immigration centers, develop a plan to confront the violations and discuss pathways to citizenship.”
-Carolina Espinal, 20, Miami, Florida 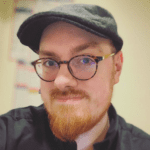 “Recent history has shown that the electoral college and the popular vote do not always result in equivalent outcomes. In an electoral system where some states have more voting power than others, we need to hear if and how candidates will restructure or even abolish the electoral college. We need a real solution that ensures that the elected candidate reflects the voice and decision of the people.”
– James Admans, 29, New York City 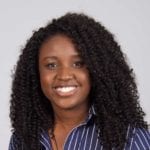 “Racial equity has to be the core of every plan and every solution. We need healthcare, we need more federal aid in post-secondary education, we need a pathway to citizenship, we need to end the pipeline from schools to prisons. Young voters deserve better and we expect to hear these issues addressed.”
-Sancia Celestin, 21, student at George Mason University

The debates will be broadcast on NBC News, MSNBC and Telemundo, and available online from 9 to 11 p.m. Eastern, on Wednesday, June 26 and Thursday, June 27. Watch along with Young Invincibles using our Debate Bingo card. The first winning card submitted to each of our social media accounts each night will receive a free Young Invincibles t-shirt.