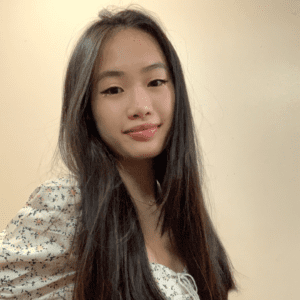 At the age of 18, we are held with the expectation that we must know what we want to do with the rest of our lives. As a first-generation college student, I faced the pressures of choosing a college and career that would make my family proud. Upon my acceptance to my dream university, my hopes quickly vanished and I was faced with the burdens of financial insecurity from tuition and dorm fees. The idea of debt created a huge weight on my shoulders, and with the lack of job opportunities for first-year students, I had to transfer. Without finishing a semester at my university, I decided to submit a transfer application to Hunter College. I wish it was easier said than done, but it was not. I had gone to advisement for help on how to send my transcripts over in my application but was told I had to do it electronically online- this came with a fee. Not only did I feel alone in the process, but I was also told that my GPA would not roll over at Hunter College. The grades that I have worked and earned for disappeared into nothing. I had to research on my own. I had to contact advisors outside my university for guidance. I was in a constant state of stress because I needed help, but was dismissed and told to look online. After I had gotten accepted, my challenges only had gotten worse as I noticed none of my credits transferred as Hunter College courses.

I spent two months contacting the admissions office, advising office, and emailing consistently to have my classes transferred as Hunter courses. If the credits did not transfer over, I would be a semester behind, not able to take classes that I need, and forced to repeat 100 level classes because they were prerequisites. It only went downhill from there. As the spring semester was approaching, I had tried to enroll in classes, each time failing because I had an advising hold on my account. I had gone to Hunter College demanding help but was told to wait until I was assigned an advisor. I waited, called, waited, and called. Every time, I was told that I have a hold on my account, an advisor needs to be assigned to me, and that I was a new transfer so that it takes a while to show up. Four days before the spring semester started, I was finally granted permission to enroll, but given that the semester was going to start, none of the classes I needed to take were available. I also did not know how to choose classes for my major. I was never given an information session or an orientation for new transfer students. Transfer students were simply forgotten and isolated because we were latecomers.

No one should be pushed aside and be told to “wait.” It is vital that transfer students are heard, and are informed on how the enrollment process works, and how to have previous classes counted for. I ask that CUNY colleges take accountability and address the need for competent advisors who can help transfer students so that they are not blindly finding answers on their own and forced to repeat the credits they have earned previously. Transfer students should not be set up to fail.

Carrie Liang is a junior at Hunter College, CUNY and a member of YI-New York’s Fall 2021 Young Advocates Program.