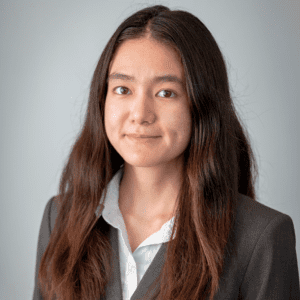 “Why are you in college?”

I always answer this question one way: I go to college to get more job opportunities, and most jobs require you to have a college degree. With the high debt that a college education incurs, going into college is not so much a free choice as it is an investment in your future.

Young students in colleges across the country were in awful economic situations, and the pandemic has only exacerbated this. Students were suffering long before COVID-19 began.

After universities transitioned to online courses in March, many students found themselves struggling to adapt to the sudden change. Some students lacked a reliable internet connection, while others did not have the technology required for classwork. Most students who held on-campus jobs were laid off as unemployment rates soared across the nation.

When the University of California, Los Angeles (UCLA) announced that in-person classes were suspended, many of my peers moved back home. They did not know that they were stuck in lease agreements that punished them for early lease cancellation.

My roommate lost her on-campus job, and being immunocompromised, she decided it would be best to move back home to be with her family. Safety and security were also my top priority, so I decided to move back home as well. However, due to our lease, we each continued to pay around $800 in monthly rent. Even though we had both vacated the apartment, we were stuck in a joint contract that did not allow early cancellation.

My roommate’s parents had also lost their jobs and were forced to apply for backlogged unemployment benefits. Because she had no income or stable source of financial support, she was forced to take out more loans to cover the rent of an apartment she was no longer occupying.

While I was more fortunate, I was still affected. My summer internship was canceled and paying rent on that apartment drained the little money I had in my bank account. To top it off, $10,000 in student loans is now hovering over me. Thousands of students like us are facing similar or worse economic hardships.

As the new academic school year approaches, students who live in off-campus housing should be allowed to terminate their leases without financial penalty or damage to their credit scores. Situations can change drastically during these unpredictable times that make paying rent on an empty apartment unaffordable.

There has been much media coverage on the economic situations of low-income families, specifically those who belong to marginalized communities and are at high risk of becoming homeless, in the face of this pandemic. However, college students are another financially vulnerable group that needs aid too.

As the pandemic continues to rage on, canceling rent for off-campus students remains the quickest solution to an immediate problem. Rent cancellation may not be enough to completely alleviate college students’ financial struggles, especially for those who have graduated and have been unable to find jobs. Still, it is a start that cannot come soon enough.

Yes, landlords need financial aid from the state and federal government to cover the costs of mortgages, insurance rates, and property taxes, which are all valid concerns. Still, these are concerns that do not invalidate the need to cancel students’ leases. Rental relief for students is not a zero-sum game.

We need to continue to have discussions on rent cancellation and on other forms of financial relief for students who have been hit hard by COVID-19.

Most importantly, direct action needs to be taken. Governor Gavin Newsom needs to release the lease and allow students to break rental contracts without penalty, and we should raise our voices until he does.

Anh Nguyentran is a former member of Young Invincibles’ Young Advocates Program in California. She has a B.A. in Sociology and Gender Studies from the University of California, Los Angeles.