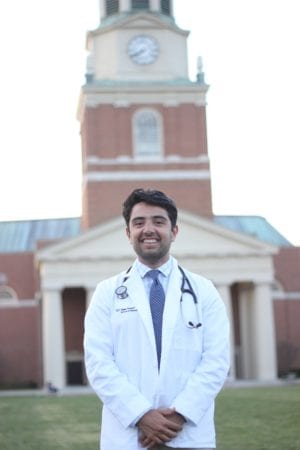 It was a beautiful spring afternoon, and I was sitting out on the porch of my parent’s suburban home with my childhood friend Matt. While the chirping birds and steady hum of the neighborhood lawnmowers would have lifted almost anyone’s spirits, Matt was distraught. The pandemic had forced his employer to cut costs, and Matt had received news that he had been let go. After a lengthy conversation about potential job prospects, we turned to a new topic: health coverage.

As a lifelong diabetic, Matt was terrified that, now without his employer-sponsored health insurance, he would no longer be able to afford his insulin medication. Matt was hoping to purchase coverage through the Affordable Care Act (ACA) health insurance exchange, but the Trump Administration announced in late March that it would not open a special enrollment period, preventing newly uninsured folks like Matt from obtaining new coverage.

Matt had spent a while online trying to figure out his options, but he was unsure whether his 2021 income up until that point would make him eligible for Medicaid. “Man, this insurance stuff is so unnecessarily complicated—I wish there was, like, someone I could call to help me figure this all out,” he shared.

Matt’s story is not unique—he was one of 7.2 million people who lost their job in 2020 and had access to employer coverage. As the pandemic endures, many Americans remain without vital health coverage and are unsure where to turn for help. Thankfully, the federal government delivered a flurry of moves aimed at providing Americans with quality coverage at a lower cost. The American Rescue Plan, Congress’ most recent COVID relief package, bolstered eligibility for premium tax credits under the ACA, meaning people will soon be able to get even more financial help when buying their own insurance. Even people who previously were ineligible will qualify for help lowering their monthly costs. The Biden Administration also announced that it would reopen HealthCare.gov, the federal health insurance marketplace, through August 15 and increase funding for insurance navigators by $2.3 million to ensure more people are able to get covered.

With so many Americans undergoing dramatic, unanticipated life changes as a result of the pandemic, and with so many recent changes to how people can access health insurance, navigators have become a lifeline to those seeking coverage. Navigators provide free, expert, unbiased information about the coverage options available to people. They can answer questions, explain health insurance terms like deductibles and coinsurance, and can even help people fill out the application. Under the Trump Administration, the navigator program was cut drastically, by 90%. However, navigators have persisted, despite having fewer funds to work with.

Last year, the Kaiser Family Foundation found that 94% of those that received enrollment assistance found the experience helpful, and nearly half of them felt they would not have gotten the same coverage without the help. 60 percent of individuals receiving consumer assistance even noted they had returned to a navigator that had helped them in the past.

If Matt had known more about insurance navigators, he would not have gone months without critical health coverage. Luckily, people like Matt don’t have to wait months to sign up – not only can people enroll now, but beginning April 1, they can qualify for greater tax credits to help them pay for coverage, making coverage more affordable at a time when it is needed the most. Matt’s story doesn’t have to happen to anyone else.

To find a navigator near you, visit HealthCare.gov.

Alex Soltany is a first-year medical student at Wake Forest School of Medicine and a member of the Young Invincibles National Youth Advisory Board.