There’s a good number of misconceptions about Medicaid, the effectiveness of work requirement programs, and how young adults fit in this narrartive. We’re here to give you the facts & figures to shed light on why Medicaid matters for us and more.

Fact #1: That couldn’t be further from the truth. First, young adults make up of 20 percent of all Medicaid enrollees across the country, with 12.3 million people between the ages of 19-34 receiving Medicaid coverage. In Kentucky, young people are nearly twice as likely as other Medicaid enrollees to be negatively impacted by work requirements. Statewide, that means more than 40,000 young Kentuckians could lose coverage. 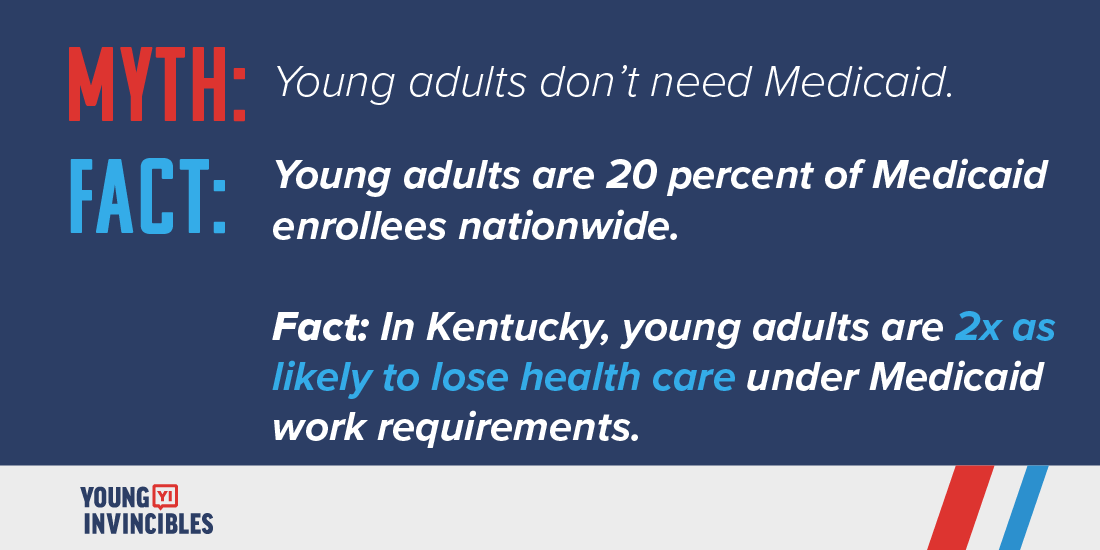 Myth #2: Medicaid work requirements will save taxpayers money and strengthen our economy. 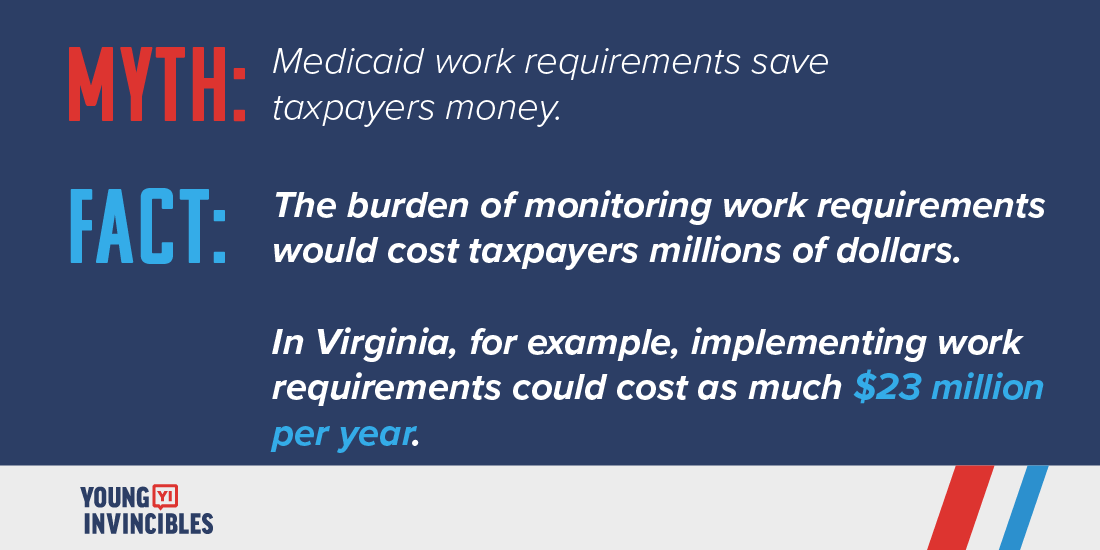 Myth #3: If you’re enrolled in Medicaid and already working, Medicaid work requirements won’t impact you – all you need to do is show the government that you’re working.

Fact #3: Quite the contrary, the process of reporting and verifying how many hours you work each month is a complicated and burdensome. The process can take hours and even those young people who work enough hours each week would be hard pressed to find the time to submit the reporting on top of balancing their jobs, school, and family obligations. 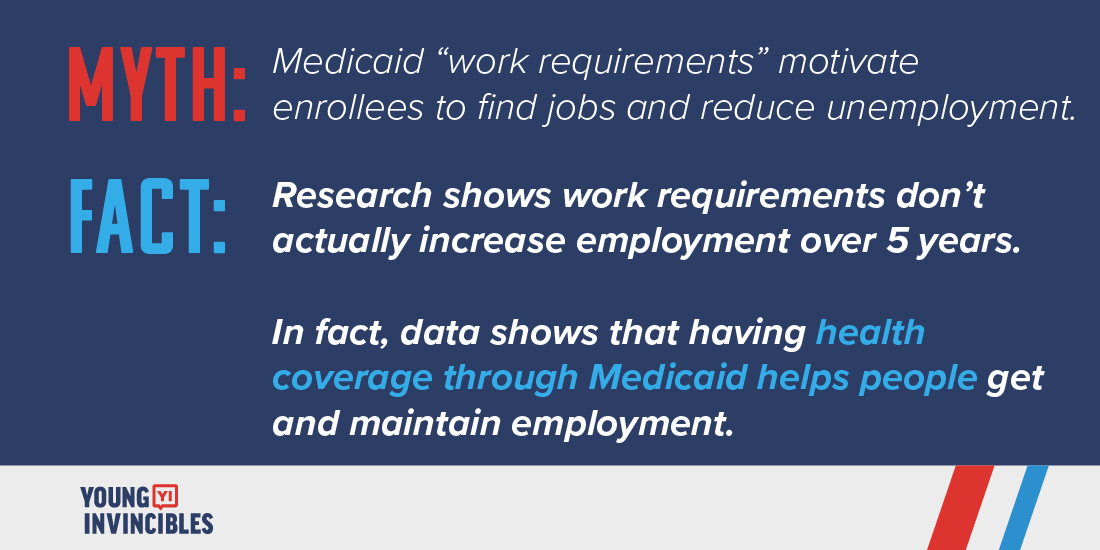 Myth #5: Medicaid work requirements are one way to help decrease the unemployment gap between young Black and White Americans.

Fact #5: Medicaid work requirements worsen racial economic and health disparities. Policies that take away coverage from people who don’t meet a work requirement have a disproportionately negative impact young African Americans. For example, in Kentucky, young African Americans make up 10 percent of the young adult population, but account for 14 percent of the young adults who could lose Medicaid coverage. Considering that Black Kentuckians are already uninsured at higher rates than Whites (9 percent and 6 percent respectively), adding work requirements to Medicaid would only exacerbate health care inequalities.

Myth #6: Only unemployed people will get kicked off Medicaid under work requirements.

Fact #6: Actually, estimates suggest that the majority of Medicaid coverage losses under work requirements would come from individuals that are already working or exempt, but are unable to navigate new administrative requirements or red tape. When states add paperwork requirements to Medicaid, enrollment falls, but not just among unemployed beneficiaries. Enrollees that are already working, people with medical conditions who cannot work but do not qualify for SSI disability, and family caregivers could all find it difficult to comply with onerous reporting requirements. 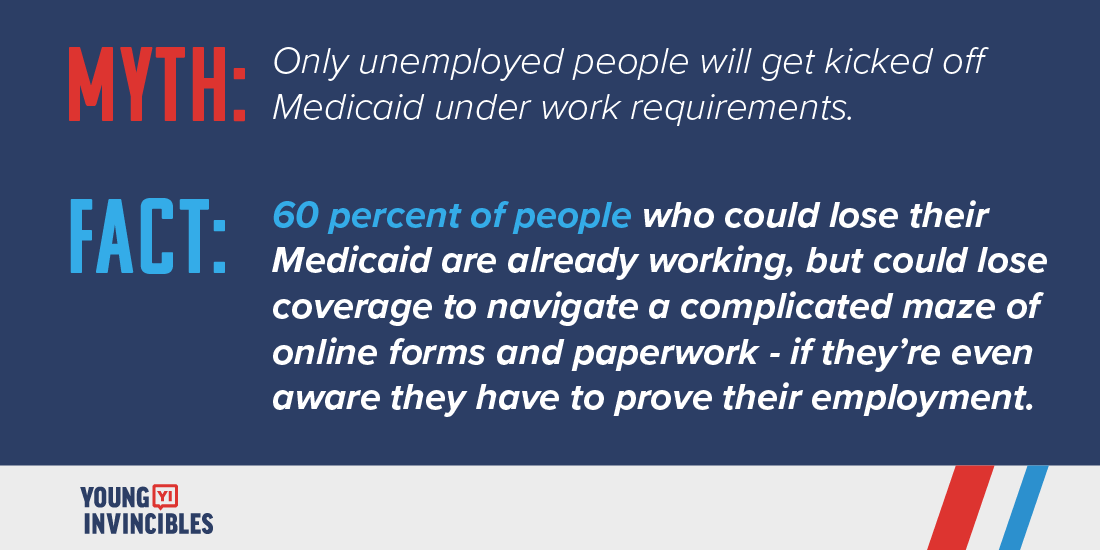 Myth #7: There’s no connection between the ability to hold a job and having health coverage.