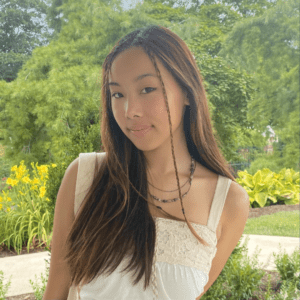 Last year has both exposed and exacerbated difficulties for everyone: from the economic sting of unemployment to the fear for immunocompromised loved ones, there has been no shortage of issues. COVID-19 was the main culprit of most people’s anxiety. However for others, at the height of the pandemic, there was an issue that fueled even greater fear: the aggressive surge of Anti-Asian hate crime reports. This wave of anti-Asian sentiment, catalyzed by speculative and negative propaganda about the origins of the coronavirus, was an issue that hit close to home. With new stories and grainy video footage surfacing daily about the violent attacks on Asian elderly people in broad daylight, even the detriments of a global pandemic seemed to wane in comparison.

As of June, reports of these hate crimes increased by 400% this year. Though mass media coverage has dimmed on this issue, anxiety in the community is ongoing. From parents to children and teens to seniors, everyone I knew took precautions. Fear and anger was a breeding ground for even more fear and anger. I knew families that never left their homes without pepper spray. A friend enrolled in self-defense classes, and some of my peers were banned from going anywhere alone. My friend’s older sister even took a day off of work weekly to ensure her grandmother did not travel alone to the physician’s clinic. Almost everyone in my family and community knew at least one Asian-American victim of an attack or harassment.

Spending a year in lockdown, combined with the stress of being targeted, has taken a toll on all of us. Fear, anger, and paranoia permeated many aspects of life among AAPI communities and many people expressed greater anxiety over racially motivated attacks than the pandemic itself. Yet, AAPI communities have the lowest mental health seeking rate compared to other ethnic groups due to cultural differences, flaws within our mental health care system and the overlooking of Asian-American youth as a vulnerable population. Almost 65% of hate incidents were reported by women, followed by youth (11%) and seniors (6.6%). For young people and first-generation Asian-Americans like myself, the traditional stigma surrounding mental health in opposition to American culture, which emphasizes individualism and self-care, makes it challenging to find a middle ground. According to statistics from the CDC, suicide is the leading cause of death for AAPI individuals aged 15-24 years old in the US, a statistic that distinguishes AAPIs from other ethnic and racial groups.

Besides the cultural and generational barriers, there are other challenges to seeking help such as the shortage of AAPI counselors and psychologists. In 2016, active psychologists in the United States were 84% White, 5% Hispanic, 4% Black, and 4% AAPI. Finding the right provider is a vulnerable process and can be difficult when there is a lack of representation among health care providers. Patients who feel connected with their provider do better than those who do not. It is important to diversify this workforce and begin by recruiting more people of color in this profession, especially in the education system. Through employing bilingual health professionals and embedding mental health practitioners of diverse backgrounds on college campuses, more diverse students might seek support.

Mental health does not discriminate, but flaws in the system can. Mental health providers should reflect the diversity of their student body in order to better address personal challenges and cultural backgrounds. In light of the past year, we are seeing how this is becoming increasingly relevant. Dedicating more effort and resources to making mental health care more accessible for young people is a necessity. Many people still have to jump through numerous hurdles to seek help, and thus we need to prioritize the needs of young adults to make mental health care more accessible.

Almer Yu is a junior at Hunter College High School and a summer intern with Young Invincibles-New York.