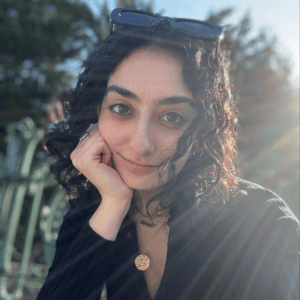 Have you ever experienced having to complete an unnecessary task twice? That is how I felt when I transferred schools after my freshman year of college. Having to leave behind all the things you spent a whole nine months getting to know: your friends, the professors whose teaching style is most conducive to your learning, the dining hall with the least vexing food offered, the shortcuts to the buildings you frequent the most, and your favorite spot in the library for studying; all the while knowing you have to spend a whole nine months recreating all these landmarks for yourself in this foreign, new destination, you are to call home, is terribly upsetting and taxing mentally on its own. In addition to that, having to deal with the bureaucracy and minutiae of what transfering actually entails is a whole other monster on its own.

Why is it a daunting monster might you ask? It’s because the university system in this country lacks a much needed, and frankly underrated, credit universality. Why would this be useful? Two words: credit transferring. Due to the lack of credit universality, college students become victims of the university bureaucracy: they are compelled to spend extra money to retake a course they have already taken in their previous institution because the new institution doesn’t recognize the specific credits and ends up putting the student through unnecessary hurdles.

One can try to understand the lack of universality among private institutions and public ones. However, my main concern, and what I find absolutely dumbfounding is that even the public institutions don’t have complete cohesion amongst their classes and credits offered. Something I know from personal experience. My freshman year of college, I attended SUNY at Buffalo, where I was told by my academic advisor that I did not need to take the usual college writing course due to my score on the SAT writing portion. When I transferred to SUNY at Purchase College, I found out that there was no equivalency, and despite my score, I would still need to take the course in order to graduate. Thankfully, I was not put in a position to waste money on a course that I had to retake. However, it was still frustrating and off putting, to have to include a course in my schedule that I had originally not planned on ever taking.

There is a reason why, research shows that transfer students graduate at lower rates or take longer to graduate than students who stay in one institution for their entire schooling. Ultimately, transfer students are at a disadvantage because they are faced with twice as much work than their peers. Not only must they re-adjust to a new school socially, but the administrative minutiae also takes up a considerable amount of time and energy, which ultimately deprives transfer students from their studies.

If we want to help these transfer students have the same chances of a timely graduation, as their non-transfer peers, we need to push for two principal things. First, we have to push for more programs on college campuses that offer various forms of support to transfer students, including making sure they are connected to their campus and are aware of various resources available to them. This will decrease the time transfer students have to spend readjusting to their new campus socially. Second, and most importantly, we have to push for credit universality, at least among the public higher education institutions (SUNYs and CUNYs), so that transfer students don’t end up wasting their time and money, and instead can focus their energy on their main occupation as students, and graduate on time.