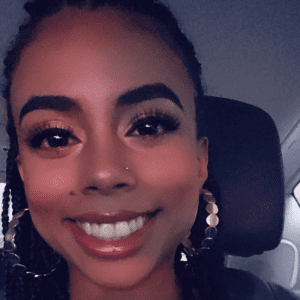 I started my degree at Borough of Manhattan Community College (BMCC) in 2017, and immediately enrolled in CUNY’s Accelerated Study in Associate Programs (ASAP). With the support of my ASAP adviser, I created a plan to stay on track to complete my Associate’s Degree in two years, and worked with my adviser to strategically manage my time at BMCC. With the support of ASAP, I was able to graduate from BMCC on time. After completing my degree at BMCC, I worked with my adviser to develop my transfer plan and enroll at a four-year college. Together, we created a list of three senior colleges that I might transfer to, and began looking into what these colleges offered and how long I would need to be there to earn my bachelor’s degree.

Spring 2019 was my last semester at BMCC, and I was so excited to know which college would be next for me! Making my plan early so I can prepare was something I learned in the ASAP program, so I began my transfer application process early — in January 2019, months before graduation. Despite the advance planning, I still found the process of transferring within CUNY really confusing. For instance, in one of my applications, I made a mistake and listed the wrong college. Instead of being able to quickly change the application online, I had to go to an in-person office to fix it. Later that April, as I was preparing to complete my degree at BMCC, my adviser asked me which college I was accepted to. I still had no answer from where I was accepted. This presented a lot of challenges for me — including the fact I still needed to take summer classes, and still had no idea what school I’d be attending in the fall.

In May, I was preparing for my graduation and participating in all the events. Although it was fun, I was worried since I still had not heard back from the colleges that I applied to. I finally learned that one of the CUNY senior colleges I applied to denied me. I was so disappointed — not just because I didn’t get in, but because they took so long to let me know. About two weeks later, I found out that I got accepted to the other two colleges I applied to, including Lehman College, where I am now enrolled. Although I was happy, I was also disappointed because I would have to start everything late. As a result, I would have to take classes on a schedule that didn’t work for me. Furthermore, I could not take a class that summer because I had to wait until my credits transferred. I also had new paperwork I had to submit to FAFSA which further delayed the transfer process. As much as I wanted and planned to graduate in two years, by not starting last summer, my plans for a timely graduation would not be realized, and it will now take me longer to graduate.

Zaret Cortorreal is a junior at Lehman College, CUNY, and a member of Young Invincibles’ Spring 2020 Young Advocates Program.