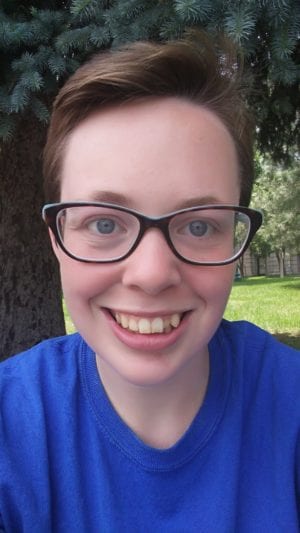 “We are sending everyone home early.” I was outside of a coffee shop, doing what I’ve done everyday for almost two years – fundraising for a local health advocacy nonprofit. I’m a canvasser, which means I’m one of the friendly faces with a tablet, standing outside of the local grocery store, coffee shop, or anywhere with decent foot traffic. My goal is to talk to as many strangers as possible because I know human connection is still the most proven way to inspire someone to donate (or take any sort of action really). Technology is a powerful tool for activists, but it is also easier to ignore. It is easy to scroll past a Facebook post or ignore an email without a second thought, but it is not easy to ignore a conversation. During the two minutes someone is with me, they are actively thinking about issues that impact their community and how to help. This is how we build people power and it is important for people like me to be out there…under normal circumstances. During a pandemic, I’m a public safety hazard.

“At what level does the organization decide it is too unsafe for us to be out there?” One of my coworkers asked this during our last in-person canvass training. He is healthy and could probably recover from coronavirus by sleeping on the couch. Like many young adults, he also interacts with someone who is most vulnerable, his grandpa. He was speaking with urgency because his grandpa’s life would be at risk if he passed the virus on to him. Many of us are in a similar situation. Our manager’s brother is diabetic. Another coworker has a sister with a disability that wrecks her immune system. I live with a baby. Most of us were concerned about getting the people we talk to sick as well; it takes two weeks for symptoms to appear and even people who are asymptomatic can be carriers. I have no way of knowing if the person I’m about to stop is immunocompromised. Our boss didn’t have any answers for us at the time and I don’t blame him. In his nine years of canvassing, he had never experienced anything that would force an entire team to stay home for several weeks, let alone months. “Wash your hands frequently, wipe down your tablets, and call in if you’re not feeling well. I will reimburse you if you get hand sanitizer to carry with you on the field,” was the advice we were given as canvassers.

In an effort to limit contact, I also was not shaking hands and completing forms for donors to ensure as few hands touched my tablet as possible. There was the looming question of what if it got worse? Eventually, we’d be carriers or get sick if the coronavirus reached enough people, even with all of the precautions.

I had just signed up my last person when my boss called. “We are sending everyone home early. Debrief with your partner, assure him that everything will be ok, and then I want everyone to leave the site as soon as possible. You will be paid for the full day. The office staff is going to help me figure out work we can assign you until the virus blows over. I will call everyone tomorrow to go over the plan,” my boss said. We were the very first canvass team to pull our canvassers out of public areas in Colorado.

I had been hoping to get this call, so did several of my teammates. We all took this job because we care about the health of our community, I don’t want to kill anyone or send someone to the hospital. Despite this hope, I wasn’t prepared for everything that followed.

That night, the Denver Public School District (DPS) announced they were going to shut down. My roommate works for a youth development nonprofit that partners with DPS; when the schools close, they close. Before her partner got laid off, it was a struggle for my roommate to work from home because they have a 18-month old baby; she had to bounce between being a mom and a boss several times a day and often at the same time. Even when I babysat in the mornings, she still had to attend meetings with her daughter in her lap.

The next day, I was told my hours would most likely get cut. We didn’t have the infrastructure to support seven people fundraising over the phone full-time and the other projects for us were still in the planning stages, so I worked four hours a day for the first two weeks. We finally started a campaign that will give us our usual hours for the next month, but I’m still stressed about the future because I don’t know if I’ll go back to working shorter days once the campaign is over. It could be months before it is safe for us to work outside again. I still consider myself lucky because I did not get laid off and the whole leadership team has been pulling together to ensure that we have work. I’ve also been guaranteed that I will get at least four hours a day, so I can plan for the worst case scenario; my rent, utilities, and the food expenses I share with my roommates are 800 dollars a month, so I can cover my basic expenses even if I return to shorter days. These are privileges most canvassers don’t have, as their organizations have decided to let them go weeks ago. Despite my advantages, it’s hard not to feel the full weight of uncertainty that comes with living during a pandemic.

“This is uncharted territory for us,” our field manager said. “We are going to take it one day at a time.”

Even though my work days were shorter, it felt as if my shift dragged on for longer. The days I’m fundraising hit hard because I notice how different it is from being on the streets. It is so much harder to make a genuine connection over the phone and I often feel like I’ve been alone after talking to 20 people; the fact that I can’t go to my friends house afterwards makes the isolation louder. My depression has gotten worse as a result of social distancing. When I do call someone who wants to talk to me, I often end up being concerned for them.

Every single day, I meet someone who got laid off because of the virus. There’ll be a moment of pause, then I’ll hear, “I’m sorry…,” before they tell me they were a bartender, hair stylist, or they worked for one of the many businesses that have been shut down. No one should apologize for being in a crisis and I feel terrible after hearing the sadness in many people’s voices: they want to give, but can’t. I understand. All I can do is tell them that it’s ok and we appreciate everything they’ve already done, then wish them a nice day with the hopes they believe me; it’s disheartening to know that’s the only thing I can do in the moment. The new campaign is a relief because I’m not not asking for money, but the most vulnerable amongst us have additional reasons to be scared.

Last week, a man told me his dad was in the hospital because of coronavirus. Two minutes later, a woman told me she’s scared because she’s been battling health problems for a year that has left her with no immune system. She has to physically isolate herself or risk death. I think of my own mom, who is forced to distance herself because she has an autoimmune disorder that almost killed her several years ago. She’s living with my sister and they can’t afford to spend too much time in the same room since my sister works for a doctor’s office. I wasn’t able to visit during her birthday.

Almost everyday, I talk to someone who is scared and this causes me to feel drained more often. Despite this, I’m thankful for the moments I was able to be a listening ear because everyone needs to lean on each other. The one thing I’ve learned from talking to strangers all day is we are going through this together despite the physical difference. We can brainstorm solutions together and create hope in a crisis.

The canvass team now meets over video chat every shift and we dedicated time to goofing off. When I said my depression is getting worse, two of my friends offered to send me articles on mindfulness. In addition, my boyfriend made elaborate obstacle courses in his living room and sent me videos. I saw my other roommate laughing as he pushed his daughter on the hammock, his partner was able to catch up on her work while they played; I shared the Young Invincible Colorado resource list to help him navigate unemployment.

In fact, I encourage everyone to check out the resource list no matter how they’ve been hurt by coronavirus. No one should be afraid of reaching out for help because we all have legitimate reasons to be concerned right now, but our connection to each other is what will lift us up. On that note, please do what you can to lift your community up as well; if everyone follows the Center for Disease Control’s guidelines and stays home, we can rebuild our lives sooner.