The unemployment rate for young adults fell to 6.3 percent in December 2016,  its lowest point in nearly a decade. Last week’s report is the final jobs report of the Obama administration, which oversaw a volatile workforce that significantly impacted young adults. A few notable points:

This graph below tracks the unemployment rate among young adults and the workforce generally over the last decade. It also highlights the weak jobs market President Obama inherited from the Great Recession and the slow recovery through his administration. The Recession (dotted area) officially began in December 2007, over a year before Obama took office (blue shading) and continued for at least six months into his presidency. Starting with the recovery in June 2009, the unemployment rate for young adults steadily declined to last month’s historic low. 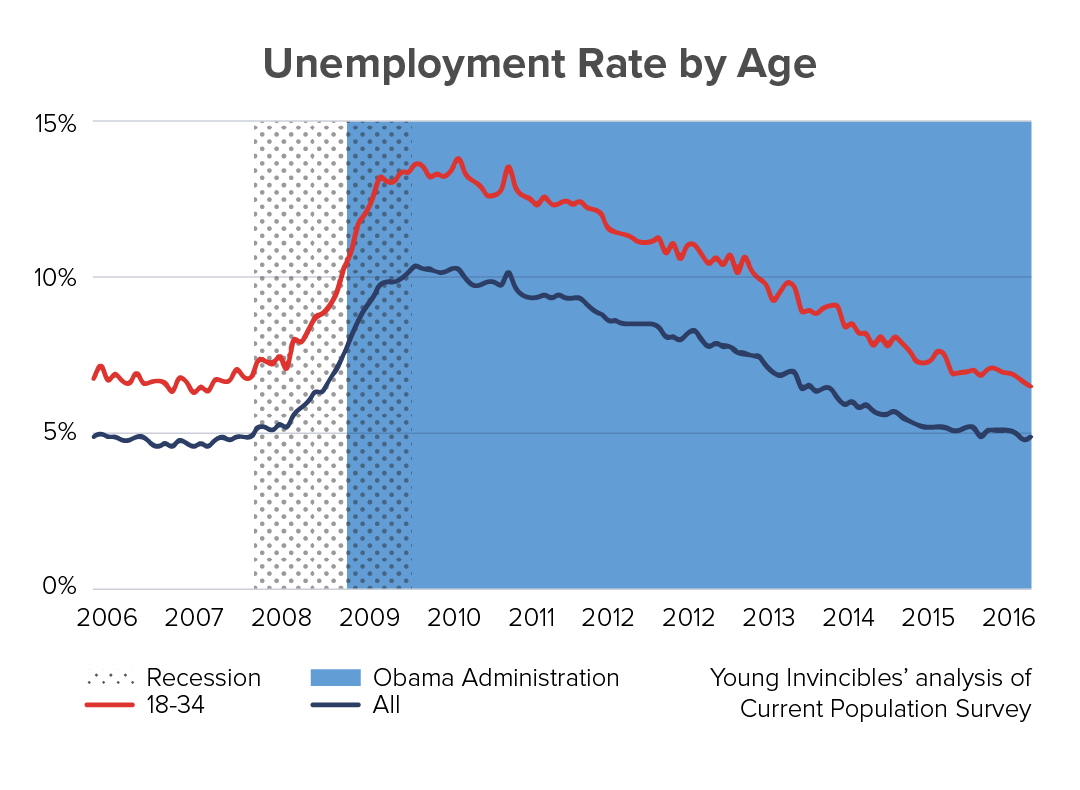 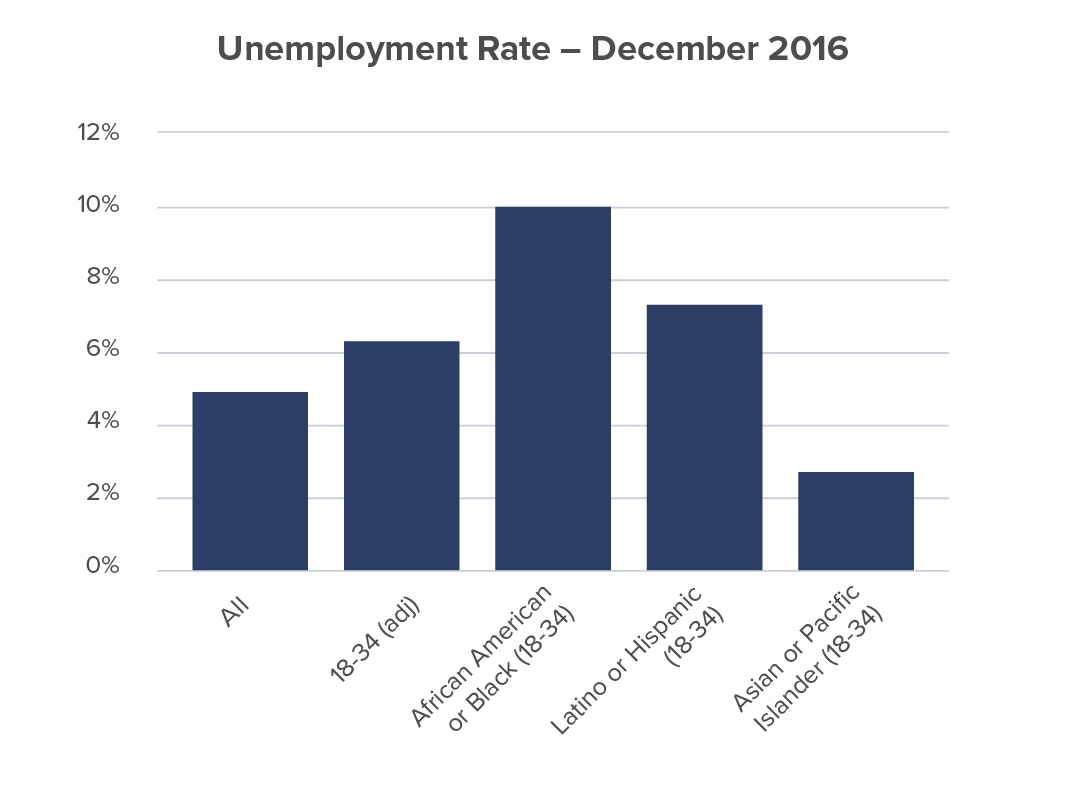 While the jobs market has generally recovered from the Great Recession in the short-term, last week Young Invincibles released new research analyzing long-term declines in financial security, which show that  today’s Millennials earn lower incomes, own homes at lower rates, and have amassed fewer assets and wealth than Baby Boomers when they were the same age.