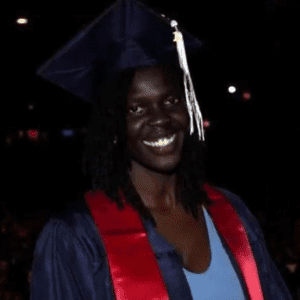 The COVID-19 crisis has greatly impacted many, resulting in job loss, housing insecurity, food shortage, and limited health care. Amidst these trying times, the government has stepped in to assist the American people, enacting welfare policies and security measures to protect the residents of America.

In theory, the welfare systems are put in place to minimize social disparities due to market failures. By definition, welfare is the government’s attempt to subsidize vulnerable population’s basic needs such as income maintenance, health and nutrition, social services, and employment. These populations today include the disabled, elderly individuals, the sick, and others experiencing various social disparities such as homelessness and hunger. I would argue that these amenities should be provided even after the crisis has passed, rather than only being enacted in times of crisis.

While I wasn’t drastically hit by the recent pandemic, many of my peers have experienced lay-offs and have no way of offsetting the costs that are necessary for them to maintain their basic necessity costs. While some customer service jobs are available, most of those jobs put individuals at high risk of contracting the virus.

There have been federal discussions of a universal basic income and I feel as though this welfare plan could substantially assist families now. Government has an obligation to intervene and protect society from the negative effects of market failures. Critics argue that it is the economic price system and not innovation that has increased our current rate of unemployment, but this argument is no different than the one given during the Great Depression when we were too busy playing the blame game to respond to the crisis at hand.

Universal Basic Income (UBI) would substantially reduce poverty and would alleviate a variety of existing social welfare issues that we face in our society. Giving individuals a guaranteed income of $1,000, for example, would help pull them out of poverty and help them maintain food security, expand access to health care, and stabilize their housing. A UBI would also give people autonomy and freedom resulting in more life satisfaction. It also encourages family unification, allowing mothers to spend more time with their children, and it humanizes the workforce by encouraging people to do things that they are most passionate about. A UBI would also promote wealth, giving people freedom to invest their money where they please, naturally stimulating the economy and allowing people to become more self-reliant and disciplined.

This potential policy was not only featured in presidential candidate Andrew Yang’s platform, but it has also been tested in other countries in recent years. In Namibia, for example, it facilitates greater participation in non-market-based activity, including community and civic service and care labor. During their two year pilot of the program, there were noticeable outcomes such as “improved child nutrition, school attendance and performance; increased diverse economic activities, such as openings and success of small business; and reduced crime rates.” This was a result of people having more say in how they invested their money, being able to invest more time and effort in the development of their children, and minimizing crimes that were once a survival tactic. There are still many wrinkles to be ironed out with the UBI and continued research is needed to account for the wider social and economic context which includes gender, race-based divisions, and wealth distribution.