The Congressional Budget Office (CBO) just published their analysis of the Better Care Reconciliation Act, Senate Republicans’ proposal to replace Obamacare. The CBO’s analysis projects that the uninsurance rate for 19- to 29-year-olds earning less than 200 percent of the federal poverty line (FPL) would double under the proposal. The increase in the rate of uninsurance for those earning more than 200 percent of the FPL would increase at almost the same rate. 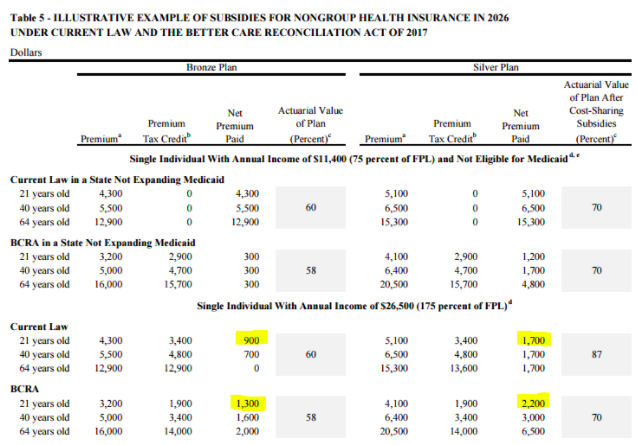 Setting aside deep, harmful cuts to Medicaid included in the bill driving much of those coverage losses, the proposal also raises premium costs for many young people currently relying on the individual market for coverage. Despite the changes the BCRA makes to age rating, adjustments it makes to premium tax credits makes it harder for lower income young people to purchase insurance, while making it slightly easier for higher income earners to purchase (likely less comprehensive) insurance.

So how does that 21-year-old compare to a typical young person on the individual market?

Compare this to current law, where the individual has to pay 3.67% of their income, or $593 (according to the Kaiser Family Foundation’s Health Insurance Marketplace calculator). Under the ACA, a consumer would get a tax credit to cover the rest of the cost of a silver plan, which is a more generous, higher cost plan and thus results in a larger tax credit. This translates to a $4,476 subsidy. Under the ACA, the consumer could either purchase the silver plan for that $593, or apply the entire subsidy to a bronze plan and pay nothing. 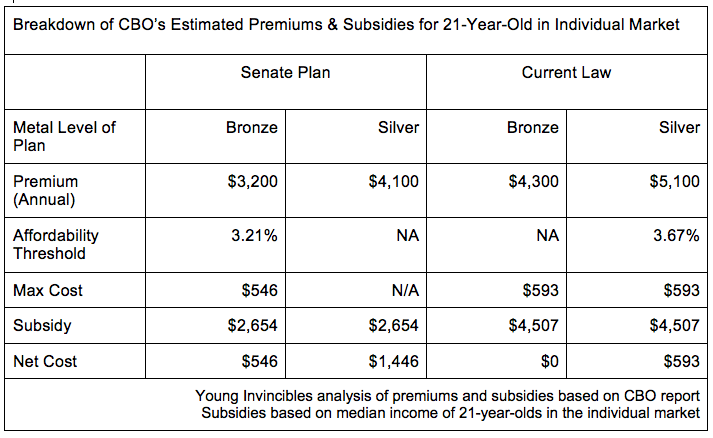 And while many people assume that young people want the cheapest plan, they’re wrong. Most young people currently enroll in silver plans, so by lowering the benchmark for a tax credit to a bronze plan, most of today’s young enrollees would either 1) pay much more for a worse plan; or 2) more for the same plan. When compared to current law, the typical 21-year-old can expect to see their net premium cost increase $546 more for a bronze plan, and $853 more for a silver plan under the BCRA. That’s a 144 percent increase in net premium cost for the typical young marketplace shopper selecting a silver plan. 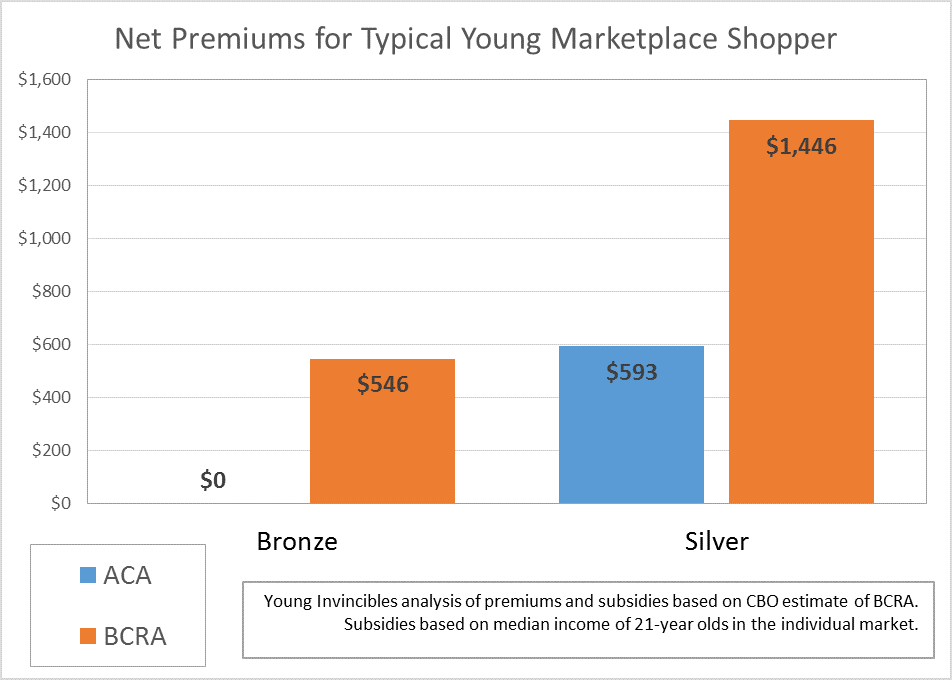 This analysis also does not take into account the elimination of cost-sharing reductions; that typical young enrollee, often currently enrolled in a silver plan, is also receiving subsidies that substantially reduce out of pocket costs.

In other words, the myth that the BCRA is good for young people currently in the individual market just doesn’t hold water.