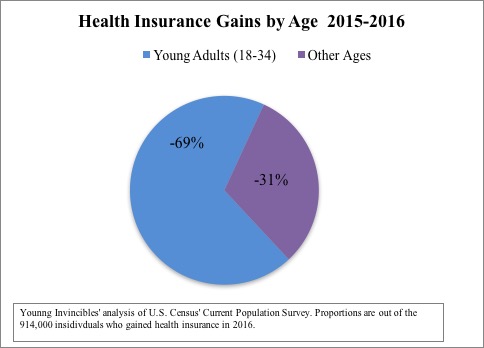 Looking further back, over 5.9 million young adults gained health insurance since 2013. The rate of the uninsured has fallen over 8 points, from 22.4 percent to 14.1 percent. This is particularly significant as young adults have historically experienced the highest rates of uninsurance. The ACA has opened up access to millions of young people who were previously unable to access coverage. Building on these gains, and reaching more young adults, is critical to the stability of our health system. 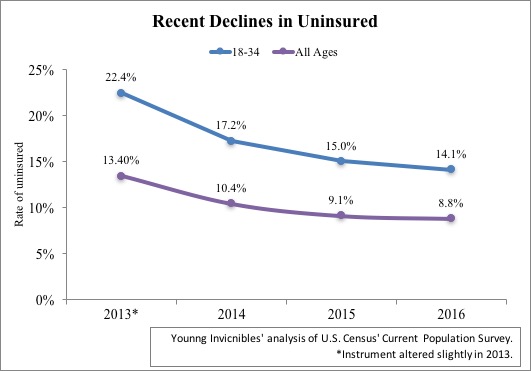 This morning, Young Invincibles’ Rocky Mountain Director Christina Postolowski testifies in front of the Senate HELP Committee to discuss how to strengthen the ACA, particularly the individual market, so that young adults can continue to make gains and help stabilize the system. You can watch the hearing here.

If you’d like to speak to an expert about this data, please reach out to Sarah Schultz, sarah.schultz@younginvincibles.org